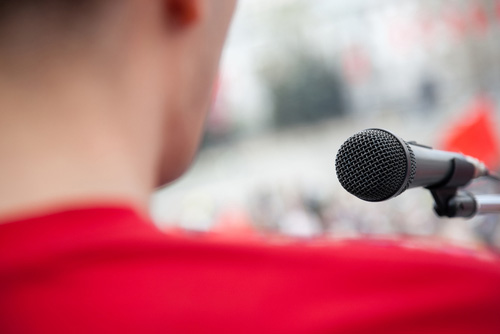 Many men and women have voices that they feel are too high and have not responded to therapy.  Generally as we age through puberty, the voice box (larynx) changes its shape, so that the vocal cords become less taught (think of a violin string) and the pitch becomes lower.  If that fails to occur, one can have a higher voice than he or she would like, which can cause problems in work and social interactions.

Thyroplasty (vocal cord surgery or pitch lowering surgery)for lowering of vocal pitch is an out patient surgical procedure. It involves removing a strip of cartilage from the larynx (voice box). This then allows the vocal cords to become less taught, therefore lowering the pitch.

The following attached audio recording is that of a young man who found that his voice was a problem for him in his job in sales.