Are you experiencing pain or an ear ache in one or both of your ears? It could be an infection, or one of the conditions listed below. If you are experiencing ear pain for more than 24 hours, come in and see us for a consultation. Prolonged ear infections can lead to permanent hearing loss. There are many options for ear pain treatment.

Medical conditions, such as those listed below, can affect your hearing health. Treatment of these and other hearing losses can often lead to improved or restored hearing. If left undiagnosed and untreated, some conditions can lead to irreversible hearing impairment or deafness. If you suspect that you or your loved one has a problem with their hearing seek a medical diagnosis from a physician to ensure the most effective ear pain treatment. 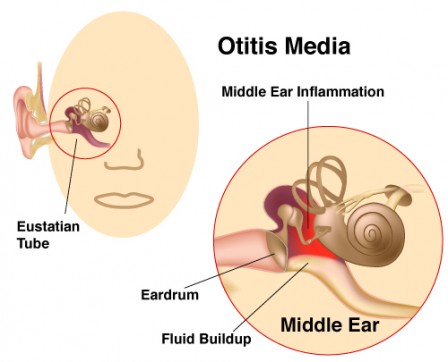 The most common cause of hearing loss in children is otitis media, the medical term for a middle ear infection or inflammation of the middle ear. This condition can occur in one or both ears and primarily affects children due to the shape of the young Eustachian tube (and is the most frequent diagnosis for children visiting a physician). When left undiagnosed and untreated, otitis media can lead to infection of the mastoid bone behind the ear, a ruptured ear drum, and hearing loss. with the appropriate ear pain treatment, hearing loss related to otitis media can be alleviated.

Tinnitus (Ringing in the Ears)

Tinnitus is the medical name indicating “ringing in the ears,” which includes noises ranging from loud roaring to clicking, humming, or buzzing. Most tinnitus comes from damage to the microscopic endings of the hearing nerve in the inner ear. The health of these nerve endings is important for acute hearing, and injury to them brings on hearing loss and often tinnitus. Hearing nerve impairment and tinnitus can also be a natural accompaniment of advancing age. Exposure to loud noise is probably the leading cause of tinnitus damage to hearing in younger people. Medical treatments and assistive hearing devices are often helpful to those with this condition. 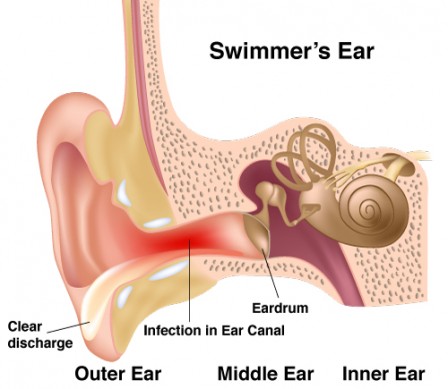 An infection of the outer ear structures caused when water gets trapped in the ear canal leading to a collection of trapped bacteria is known as swimmer’s ear or otitis externa. In this warm, moist environment, bacteria multiply causing irritation and infection of the ear canal. Although it typically occurs in swimmers, bathing or showering can also contribute to this common infection. In severe cases, the ear canal may swell shut leading to temporary hearing loss and making administration of medications difficult as an ear pain treatment.

Earwax (also known as cerumen) is produced by special glands in the outer part of the ear canal and is designed to trap dust and dirt particles keeping them from reaching the eardrum. Usually the wax accumulates, dries, and then falls out of the ear on its own or is wiped away. One of the most common and easily treatable causes of hearing loss is accumulated earwax. Using cotton swabs or other small objects to remove earwax is not recommended as it pushes the earwax deeper into the ear, increasing buildup and affecting hearing. Excessive earwax can be a chronic condition best treated by a physician.

Autoimmune inner ear disease (AIED) is an inflammatory condition of the inner ear. It occurs when the body’s immune system attacks cells in the inner ear that are mistaken for a virus or bacteria. Prompt medical diagnosis is essential to ensure the most favorable prognosis. Therefore, recognizing the symptoms of AIED is important: sudden hearing loss in one ear progressing rapidly to the second and continued loss of hearing over weeks or months, a feeling of ear fullness, vertigo, and tinnitus. Treatments primarily include medications but hearing aids and cochlear implants are helpful to some as an ear pain treatment. 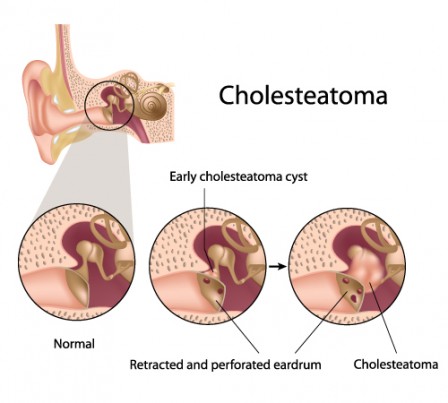 A cholesteatoma is a skin growth that occurs in the middle ear behind the eardrum. This condition usually results from poor eustachian tube function concurrent with middle ear infection (otitis media), but can also be present at birth. The condition is treatable, but can only be diagnosed by medical examination. Over time, untreated cholesteatoma can lead to bone erosion and spread of the ear infection to localized areas such as the inner ear and brain. If untreated, deafness, brain abscess, meningitis, and death can occur. 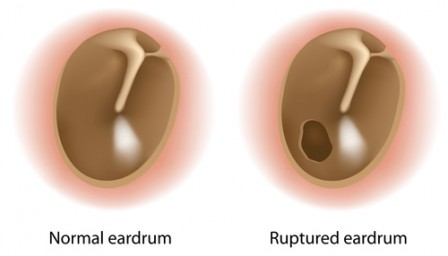 A perforated eardrum is a hole or rupture in the eardrum, a thin membrane that separates the ear canal and the middle ear. A perforated eardrum is often accompanied by decreased hearing and occasional discharge with possible pain. The amount of hearing loss experienced depends on the degree and location of perforation. Sometimes a perforated eardrum will heal spontaneously, other times surgery to repair the hole is necessary. Serious problems can occur if water or bacteria enter the middle ear through the hole. A physician can advise you on protection of the ear from water and bacteria until the hole is repaired.